YouTuber Shane Dawson is in trouble with the Will Smith family, for the video clip where Dawson pretend to be mast_urbating to a poster of then 11-year-old Willow Smith. 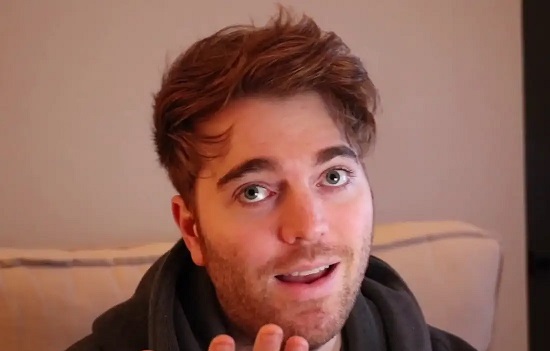 YouTuber Shane Dawson is in trouble with the Will Smith family, for the video clip where Dawson pretend to be wanking to a poster of then 11-year-old Willow Smith.

Jada Pinkett Smith, Willow’s mother is not having any of it, she tweeted

“To Shane Dawson … I’m done with the excuses,”

Jaden Smith jumps in defense of his sister and in support of his mother to criticize Shane Dawson over sexualizing Willow Smith.

“SHANE DAWSON I AM DISGUSTED BY YOU. YOU SEXUALIZING AN 11 YEAR OLD GIRL WHO HAPPENS TO BE MY SISTER!!!!!! IS THE FURTHEST THING FROM FUNNY AND NOT OKAY IN THE SLIGHTEST BIT,” he tweeted.

Dawson’s apology video, in which the YouTuber expressed regret over using blackface and the n-word, did not address the clip of Smith. Dawson instead claimed he would “never talk about a child in any way that is inappropriate.”

In the video, Dawson continued, “That is disgusting, that is gross, it is not something I would ever do. It is something I did for shock value or because I thought it was funny or, like ‘Oh my god, my child molester character,’ or whatever. It’s all gross, and I promise that is not real, that is not me.”

Shane Dawson revealed that he experienced an abusive childhood

“I took that pain and I turned it into jokes,” Dawson said. Dawson has not yet responded to the resurfaced clip or Jaden and Jada Pinkett Smith’s tweets.

You are still allowed to use Ecocash, RBZ speaks on mobile transactions suspension

AKA tests positive for Coronavirus