Mgijimi has been hailed for his undying love for Orlando Pirates and gracing most of Pirates matches, dressed in a white overall, a painted face, and a number plate scribed his nickname.

The Witbank based Pirates supporter was loved and admired by all football fans. 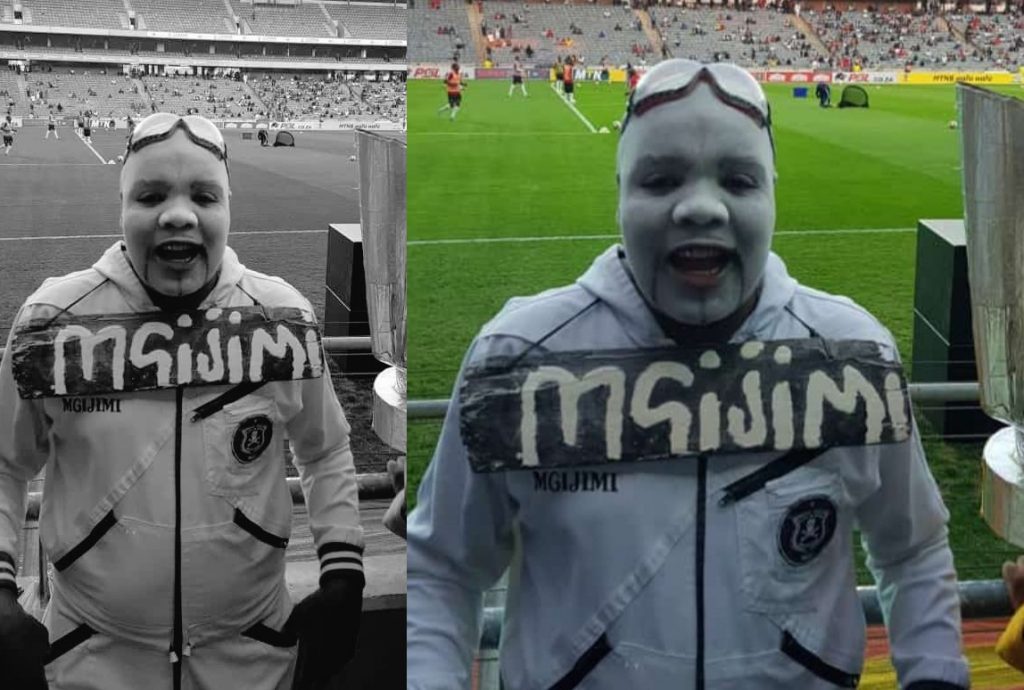 Gone from our sight, but never from our hearts. The football fraternity has lost yet another gentle sole & we as #NAFSA have lost one of our own. Sending our deepest condolences to all of our @orlandopirates supporters. Lala Ngoxolo Buccaneer, Bhakajuju.

Mandla Mgijimi was dubbed the 12th player due to the way he supported his team.
Speaking to Savannanews, a family spokesperson revealed that his death comes as a surprise, he complained of not feeling well a few days ago.

” The death of Mandla Mgijimi shocked us all, he complained of an illness a few days ago and we thought that he will recover.
He couldn’t wait for the return of football despite knowing that it will take a long time to return to the stadium to do what he enjoyed most (cheering his Orlando Pirates team), he was longing to watch from the screens.
It’s a great loss to the family and the football fraternity at large, his passion was appreciated by the club and all football fans. My brother would die for Orlando Pirates, the team lost a great supporter but gained an angel who will watch them from high above MHSRP”

Condolences pour in for Mgijimi

Uncle Mgijimi wasn’t feeling well in the past few days… The Sindane family will soon contact @orlandopiratesfor more information ukuthi what happened to the Buccaneer.

Rest In Paradise Buccaneer,  Bathi isitya esihle asidleli, the whole Buccaneer family is saddened by your passing. Condolences to your family big man, you made the beautiful game beautiful.

This soul was such an energetic person ever. He was never tired of supporting THE BUCCANEERS through thick and thin. South African football has lost a soldier here

Auxillia Mnangagwa involved in another accident as her Landcrusier overturns

Maternity Genocide: 7 out of 8 pregnancies are still births at Harare Hospital

Maternity Genocide: 7 out of 8 pregnancies are still births at Harare Hospital