by Casper Dube
in Zimbabwe News
0

Perence Shiri was hospitalised after his driver died of Covid-19. 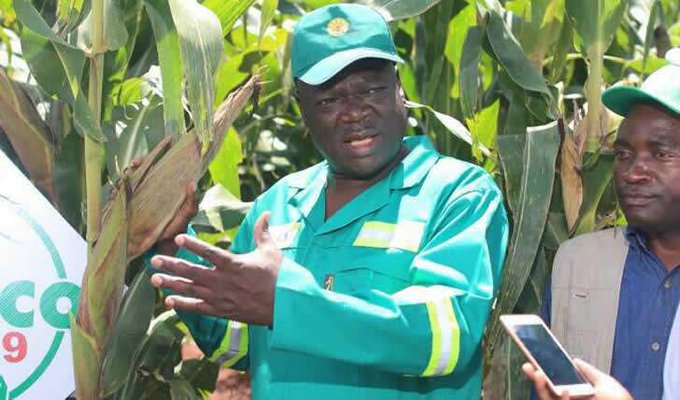 Shiri will also be remembered for the Gukurahundi Massacres that happened when he was Commander of the Fifth Brigade, the army grouping assigned to deal with dissidents in Matabeleland. An estimated 20,000 civilians of the Ndebele tribe died under his watch and some where tortured to death.

President Emmerson Mnangagwa has mourned Shiri, describing him as devoted to his country. “I am deeply saddened to inform the Nation of the death of the Minister of Agriculture, Air Chief Marshall (rtd) Perrance Shiri, a long time friend and colleague. Cde Shiri was a true patriot, who devoted his life to the liberation, independence and service of his country. MHRIP,” read ED‘s statement.

Others have celebrated the death of the minister:

“Perence Shiri the man who commanded the 5th Brigade that slaughtered my pregnant aunt has died before being prosecuted for Gukurahundi genocides. He fronted Mugabe’s agenda of exterminating the Ndebele nation. Under Shiri‘s direct command 20 000 Ndebele civilians were killed.”

Reports indicate that last week Wednesday the late Perence Shiri was in parliament chatting with MDC-T secretary general Douglas Mwonzora and other MPs. Contact tracing of COVID-19 will likely need to include cabinet and all MPs and other Senators