Tshegofatso Pule video hanging on the tree is disrespectful

Tshegofatso Pule video hanging on the tree is disrespectful

Tshegofatso Pule was found hanging on a tree in Roodepoort Veld on Monday.

The 28 year old Tshegofatso was 8 months pregnant when she went missing last week, she was found stabbed in the chest and left hanging to a tree.

Her family identified her after seeing her video hanging on a tree making rounds on WhatsApp.

Tshego was reported missing on the 4th of June after she was last spotted at West Lake complex in Florida, Roodepoort.

She left her aunt’s house in Meadowlands, Soweto on Thursday with her boyfriend. The two said they were going to buy baby clothes and accessories and promised to come back after a few hours.

Her family revealed that they started worry when her WhatsApp messages failed to deliver.

She was last active on the messaging app on Thursday, June 4, just before 10pm.

A video of murdered and 8 months pregnant Tshegofatso Pule made rounds on social media and people are not having it. Criticized as lack of respect to Tshego and her family, those who were sharing the video received a fair share of clap back.

Twitters and WhatsApp users are not having any of it

I’m disturbed by the fact that there’s even a video. What kind of animal does one have to be to record such a thing? Is it not enough that she was murdered in such a manner? Then some fool presses record?

The level of cruelty in the way Tshegofatso, 8 months pregnant, was killed is truly beyond words. That there’s video making its rounds showing her lifeless body is just as cruel as the man that killed her! Pls stop fwding that video

I tried telling my girl how it can be viewed insensitive of her to post the video of #TshegofatsoPule hanging from a tree. And sis wasn’t having it. 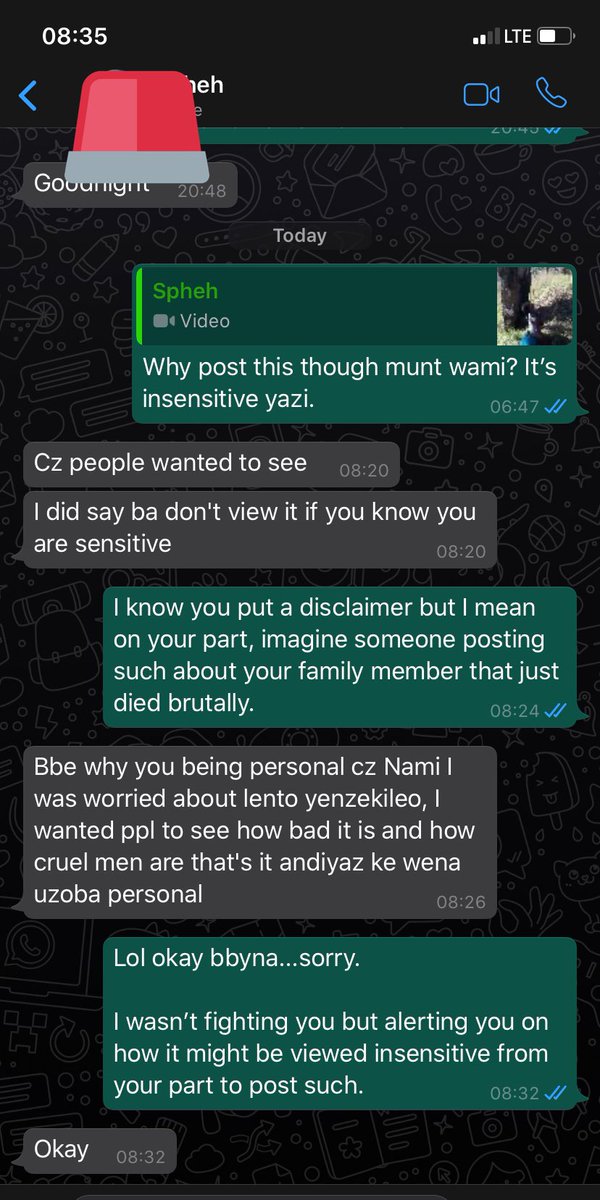