Who could ever imagine that the whole world could sing along the vocals of a lady from a small town in South Africa. Nomcebo Zikude, known as Nomcebo in the music industry has shaken the world with “Jerusalem”, a song she did with Master KG. She is a South African house and Afro-soul singer who was born and raised in Hammarsdale in KwaZulu-Nata, South Africa. It took her 15 years to develop her career and polish her angelic voice. The Nomcebo Biography tells a story of a girl who was determined to be a successful singer and ultimately succeeded. So what do we know about Nomcebo? Let’s find out.

What did Nomcebo do before singing? 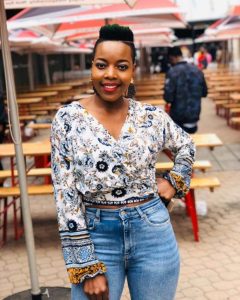 From childhood, Nomcebo always aspired to be a singer. In school, she used to tell people she wanted to be a singer when she grew up, and she would be laughed at. Nomcebo studied Information Technology which is quite useful in her career. Nomcebo drew several lessons from her journey in the music world. “I’ve learned that you have to be grounded, focused and respect people and time, and also to never forget how you were brought up.”, said Nomcebo.

When did Nomcebo begin her Career 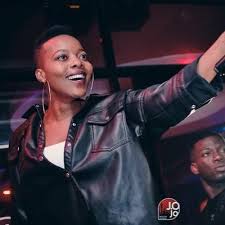 Nomcebo started singing at a young age and in 2003 she won the Ukhozi Fm talent search. Interestingly, Lundi, S’fiso, Kholeka, Nhlanhla Nciza, and Zahara were runners-up in the same competition. Later on, she was first signed to One Mic production where she released a few tracks before being signed to Ganyani Entertainment. 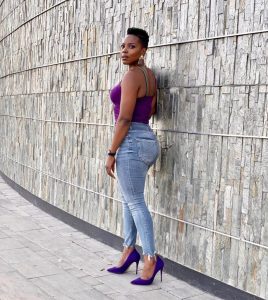 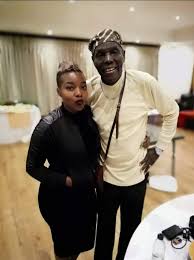 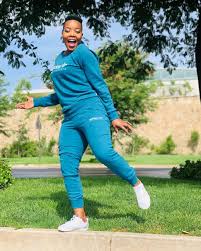 The talented singer, Nomcebo, first made her mark in the South African music industry when she released “Imizamo Yami”. Bongo Beats produced the song and  featured on it as well. Afterwards, she released other tracks such as Yini, Thando Unamanga, Nguwe. Nomcebo has collaborated with a lot of renowned SA Djs and artists such as DJ Ganyani on ‘Emazulwini‘ as well as Mobi Dixon on ‘Kobanini‘. She finally hit the jack pot when she collaborated with Master KG on the global hit”Jerusalema”. The song has gone viral with a dance challenge.

Nomcebo’s song with Master KG, “Jerusalema” has a dance challenge which has gone viral.  People from across the globe are uploading videos of themselves dancing to the song. Most importantly, the government of Israel has acknowledged Master KG and Nomcebo for honoring their capital city. Some officials uploaded their Jerusalema dance challenge video.

Nomcebo and Master KG at it again

The renowned DJ and producer, Master KG and Nomcebo are back in the studio again cooking yet another hit for 2020. The pair recently uploaded a video of themselves recording their new song ‘Umoya wani’ which is equally appealing. Moreover, they also recorded another song titled ‘Injabulo’ which is yet to be released. Get your dancing shoes ready, more hits are on their way. 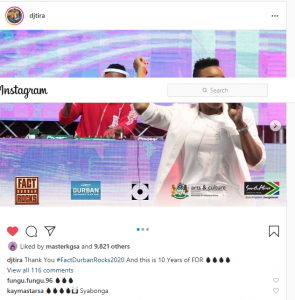 Everyone thought the 10th edition of the Fact Durban Rocks was cancelled for 2020 but Dj Tira somehow worked some magic. Nomcebo was among the artists who participated on the second day of the event, and she rocked the stage. Having made a name for herself, Nomcebo proved that she wasn’t an overnight success by giving a splendid performance. With Dj Tira on the decks, her glorious moment came when she performed Jerusalema and social media was set ablaze with cheerful comments.

What is Nomcebo’s Net Worth

The talented Nomcebo has a net worth of R800 000. She earns money through getting paid for features, live shows, music royalties and YouTube views. For more information contact the number below.