India has banned a total of 59 Chinese Apps as the scuffle between the two countries escalate. The India government announced the banning of 59 apps developed by Chinese firms on Monday evening citing the applications are “engaged in activities which is prejudicial to sovereignty and integrity of India, defence of India, and security of state and public order.”

Among the banned applications are Tik Tok developed by ByteDance andcounts India as its largest market, Shareit and Likee which command a large market share in India.

The following apps have been banned with immediate effect 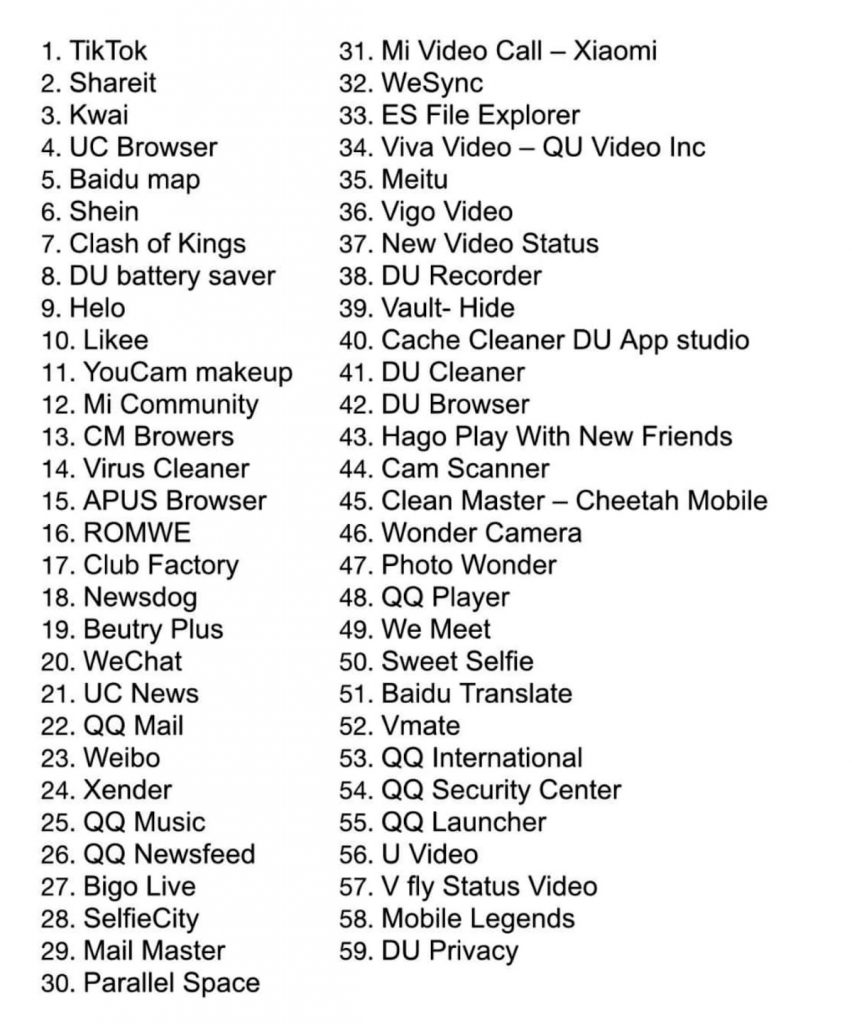 Tarun Pathak, an analyst at research firm Counterpoint, says the applications will impact around one in every three smartphone users in India.

“The Computer Emergency Response Team (CERT-IN) has also received many representations from citizens regarding security of data and breach of privacy impacting upon public order issues,” the Indian government agency in a statement. Analysts the reasons maybe more than the ones alluded to by the Indian government as the rift between India and China shows no signs of stopping.

The enforcement of the ban will involve the cooperation of mobile telephone network providers and internet companies which are still to receive a directive. The applications are still available on Google Play India, Apple App Store India and ByteDance India.

Tensions between the neighboring supper powers are increasing following the deadly incident that happened at their border earlier this month.

Jayanth Kolla, an analyst at research firm Convergence Catalyst, says the impact will be huge for Chinese companies that count India as their biggest market. Anti China campaigns are gathering momentum in the populous country with boycott China has been trending on Twitter since the Himalayas clash that left 20 Indian soldiers dead. Videos showing Indians destroying Chinese products such as smartphones

Chinese smartphone makers commands an 80% of the market share in India which is their second market. The ban will affect jobs in China.