Many people call her Puleng, some call her Buhle but her real name is  Amamkele Qamata. She is a young and talented South African actress who has already made an impressive run in the television and film industry.  Amamkele Qamata is famous for playing the lead role (Puleng) in Netflix’s ‘Blood and Water’. She is quite a gorgeous, slim and sexy young lady but there is more to what meets the eye. Let’s explore the Amamkele Qamata Biography to find out more about her. 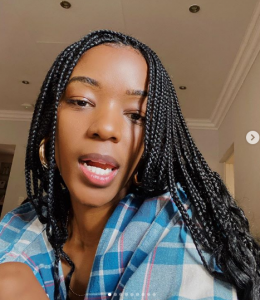 Where is Amamkele Qamata originally from? 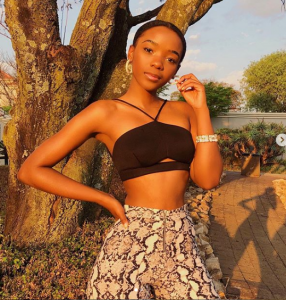 Amamkele was born on the 2nd of September 1998 in the Eastern Cape village of Cala in the Sakhisizwe municipality. She was raised in the same area till she relocated to Johanessburg in 2016 to pursue her acting career.

Which schools did Amamkele go to? 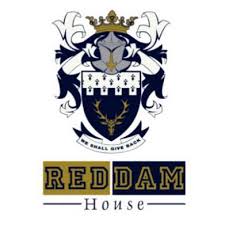 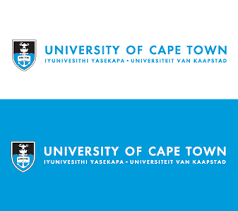 Amamakele attended The Reddam House School in the Eastern Cape. Afterwards, her parents enrolled her in the University of Cape Town studying Theatre and Performance. She however pressed pause on her studies when she landed a role on the blockbuster series, ‘Gomora.’

When did Amamkele begin acting? 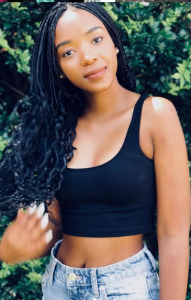 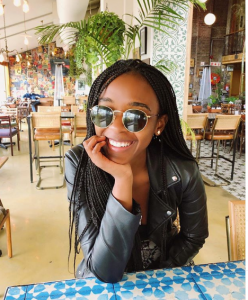 Amamkele grew up with a passion for acting and from childhood, she exhibited traits of a television star. As early as primary school level, she was already a theatre star and scooped several awards. The major highlight of her acting career in primary school was when she played Snow white and at the end, the audience gave her a huge round of applause. Amamkhele went on to perform even better in high school till she ended up on SABC 1.

Which productions has Amamkele featured in? 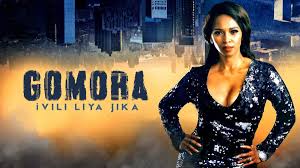 The gorgeous Amamkele made her debut television appearance in the fourth season and second episode of the popular sitcom, My Perfect Family. It aired on SABC1 with her taking on the recurring role of Naledi in October 2016. Next, she featured on Muvhango together with her co-stars Maumela Muhuwa, Digaan Khumalo and Gugu Nkosi. The year 2018 marked her transition from a regular actor to a superstar. Ama landed the role of Thandi in the ETV popular drama, Rhythm City. Furthermore, in the  Gomora series, she plays a role of a teenager, Buhle, who fell  into abject poverty when her father looses everything. Moreover, she also played Amina in Commandos: The Mission. 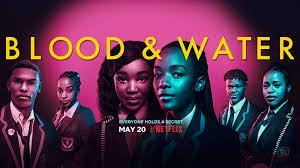 Ama Qamata broke new grounds this year when she assumed the main role in the Netflix original series, Blood and Water. The teen series, Blood and Water, is Africa’s second Netflix original series after Queen Sono and started airing in May 2020. Interestingly, its being directed by a female, Nosipho Dumisa who is one of the top black female directors in the continent. In this series, Ama Qamata, plays Puleng Khumalo, a young girl who investigates a mysterious case of the abduction of her elder sister. In pursuit of the truth, she becomes restless, curious and peculiar. Other co-stars in the series include Khosi Ngema as Fikile, Thabang Molaba as Karabo, Dillon Windvogel as Wade, and Natasha Thahane. Will she find the truth?

With only one full season of Blood and Water, Ama Qamata’s popularity figures have insanely scaled up. She currently has 326k followers on Instagram while she is following only 500 people. Ama is beautiful, and she shares her beauty with the universe with every picture she posts. Her slim body, brown skin, perfect height and brown eyes resemble a model.

ungodly hour🪐 what’s your fav song on the album?

Who is Ama Qamata’s boyfriend? 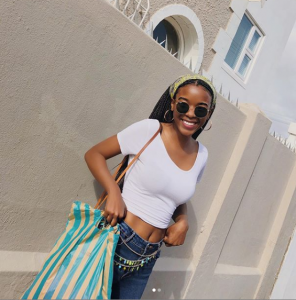 Ever since she came into the spotlight, Ama Qamata has not revealed any relationship details. Clearly the teenager is having some male suitors, but she is in not in any relationship that’s of public knowledge.

What is Ama Qamata’s Net Worth 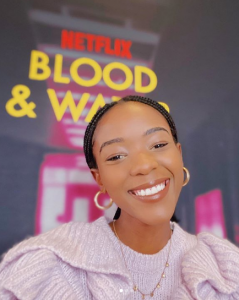 How does she make money?

Ama Qamata makes money mostly from her acting career. She has already started to attract endorsements and has been paid for photo shoots, appearances and interviews as well.

Meet Makwela, the name King Monada shouts at the beginning of his songs