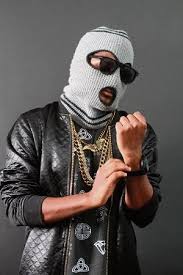 Where is Sketchy Bongo originally from? 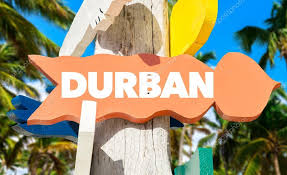 Sketchy Bongo was born on the 15th of July 1989 and in Durban, KwaZulu Natal. He comes from an Indian background which explains his great looks and long hair. Just like his friend Aewon Wolf, he enjoys touring other places but never wishes to leave Durban. The ocean views and cool breeze in Durban definitely has a hold on its people. 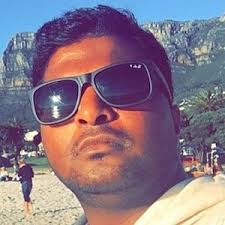 Sketchy Bongo grew up as a quiet and well reserved child who spend most of his childhood day dreaming about his future. He attended both primary and high school in Durban but never proceeded beyond high school. Yuvir’s love for music was greatly influenced by his father who bought him and his little sister a piano. He learned to play the piano and by 13 years old he was already making beats under the mentorship of Slikour from Skwatta camp.

How did Sketchy Bongo begin his career? 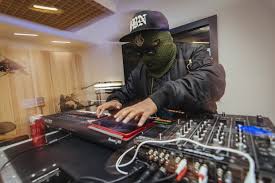 Sketchy Bongo idolized Michael Jackson and envied Pharell Williams and Neyo. These characters influenced his sound a lot and in his early days he tried producing similar music. In 2012 Sketchy Bongo joined the ‘Wolf Pack’ which was a group of producers, artists, graphic designers and several other characters to do with music. He began producing hip hop beats and rappers would feature on the tracks. Later on, he started deejaying and playing his songs in Durban clubs, and he got popular. His big break finally came in 2016 when he produced ‘Let you know’ which featured Shekhinah. 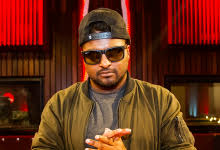 In early 2016, the Wolf Pack introduced Shekhinah with the hit ‘Back to the Beach ‘ which was produced by Sketchy Bongo and it received massive airplay and reception across South African provinces. Later on, Sketchy Bongo released his biggest track ever, ‘Let you know’ featuring Shekhinah. This track took his career to new heights as it peaked at Number 1 on BBC radio 1 in UK. Consequently, he got signed to American record giants, Ultra Music and Sony Music. Thereafter, he proceeded to release his debut album ‘Unmasked’ which peaked at number 6 on Itunes. Unmasked was a masterpiece which included tracks such as ‘Love me in the dark’ featuring Kaien Cruz.

What is The WolfPack? 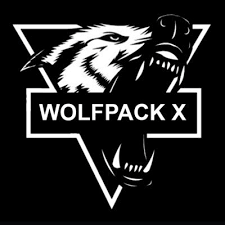 It is a creative collective consisting of local singers, rappers, kwaito artist, video directors and even graphic designers that are putting Durban music on the map. The Wolf Pack is where big stars such as Gemini Major and Nasty C originated from. The Wolfpack is home to artists such as Kyle Deutsch, Kaien Cruz, Locnville and Shekhinah. Aewon Wolf is caught on record stating that, “The Wolf Pack has managed to sustain their careers despite not living in Joburg  which is considered the hotspot for entertainment”. Sketchy Bongo applauds the Wolf Pack and acknowledges its influence in his success. Even Shekhinah and Nasty C have also credited The Wolf Pack for their individual successes.

How did Sketchy Bongo come up with his stage name? 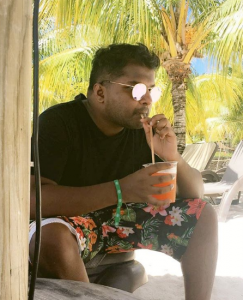 Yuvir wanted to make a name for himself therefore he tried to come up with a unique name that could not be mistaken for anyone else. After several thoughts and internet searches, Sketchy bongo popped up in his head. Surely no one had a name close to that. However, contrary to his claims, the name Bongo is commonly used for Bongo Muffin a South African musical trio. Moreover, the motor giant, Mazda has a lorry and mini van called Mazda Bongo, therefore the term Bongo is not really unique.

Why does Sketchy Bongo wear a ski mask? 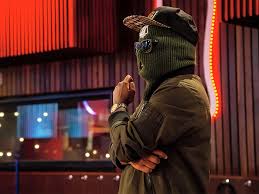 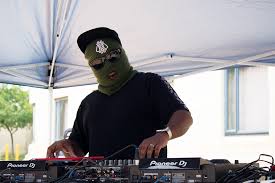 The idea of the ski mask came up during a video shoot with the Wolf Pack when Sketchy bongo put on the mask as a prop. From that moment, he decided to wear the mask constantly to hide his identity so that he would not have fan trouble or drama while in public. Did this work? That’s a mind provoking thought.

Who is Sketchy Bongo’s wife? 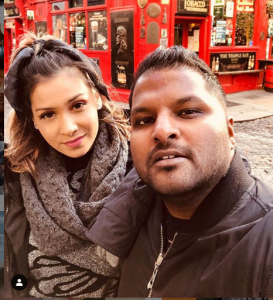 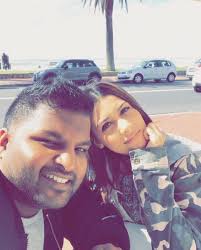 Sketchy Bongo got married to Chaz Moodley in 2018. The wedding was a traditional Indian wedding which was attended by many stars. They are expecting their first child in 2020. Don’t they just look cute together?

What is Sketchy Bongo’s Net worth

How does Sketchy Bongo make money.

Sketchy Bongo makes money from producing beats, music streams and downloads, endorsements and YouTube views. He also gets money from getting paid for features and live performances.