EFF members are expected to protest in Senekal

Violence in Senekal
Rocks and bottles fly in #Senekal following a tense stand-off between EFF supporters, farmers, bikers and community members.
https://twitter.com/iavanpijoos/status/1317026164179951617
EFF Commander-in-Chief and President with the leadership of the EFF have arrived at the Senekal Magistrate Court. 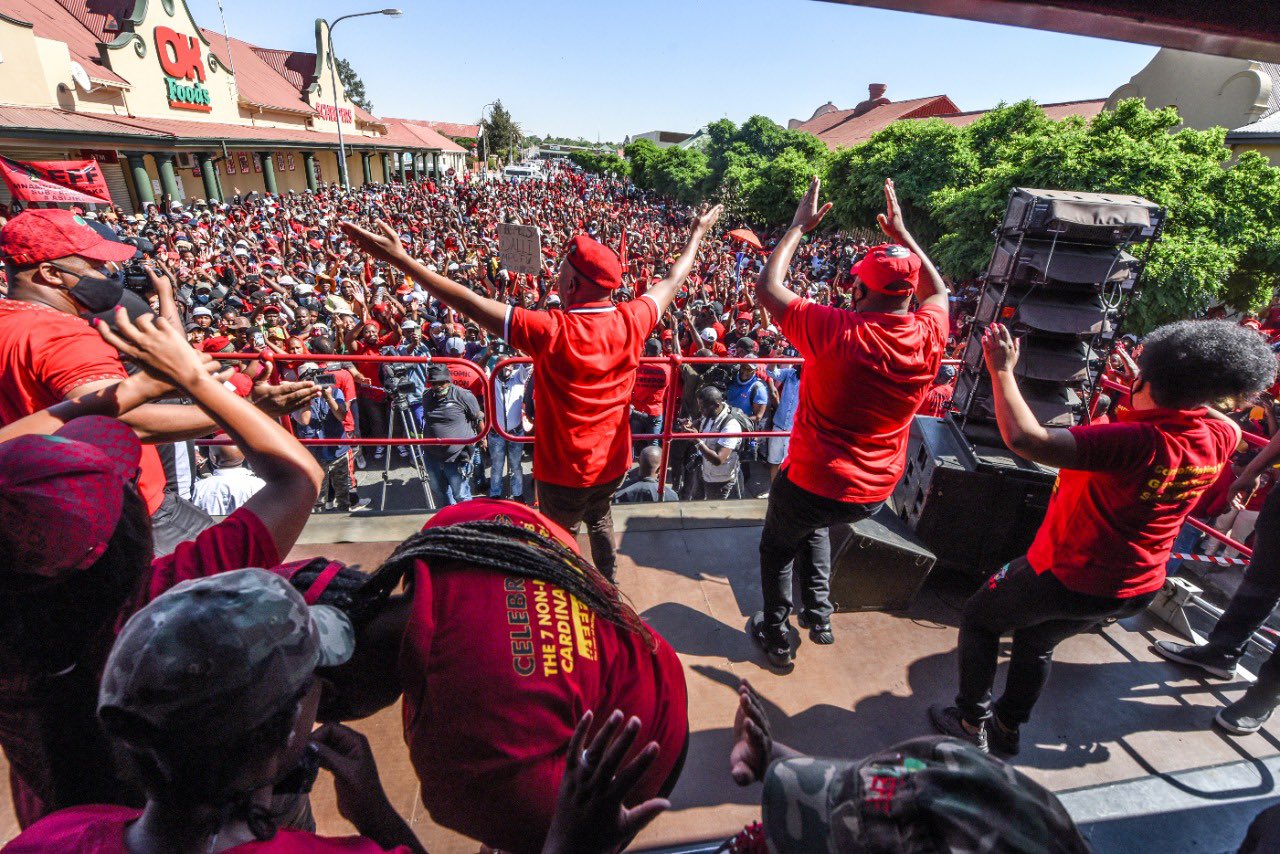 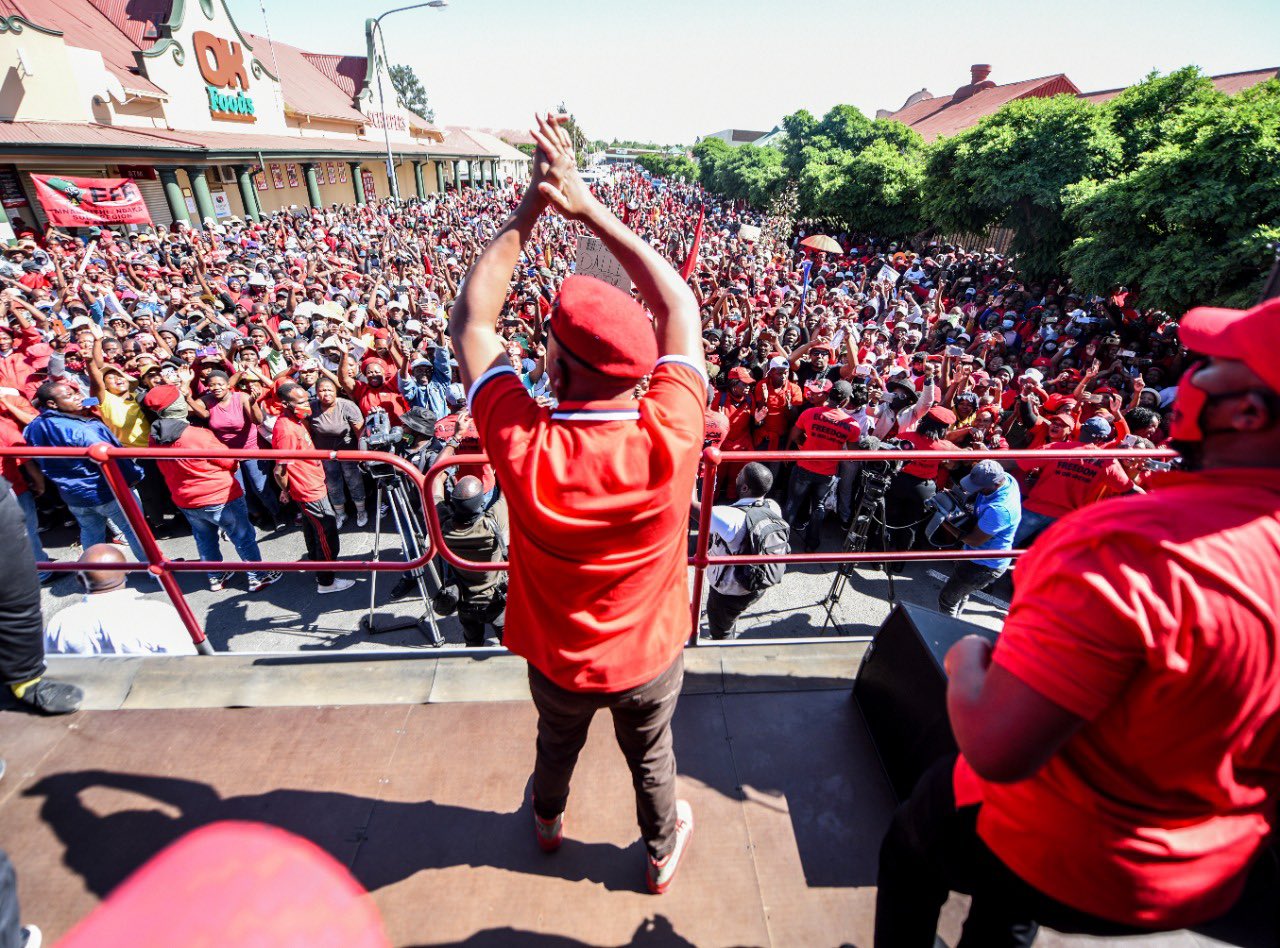 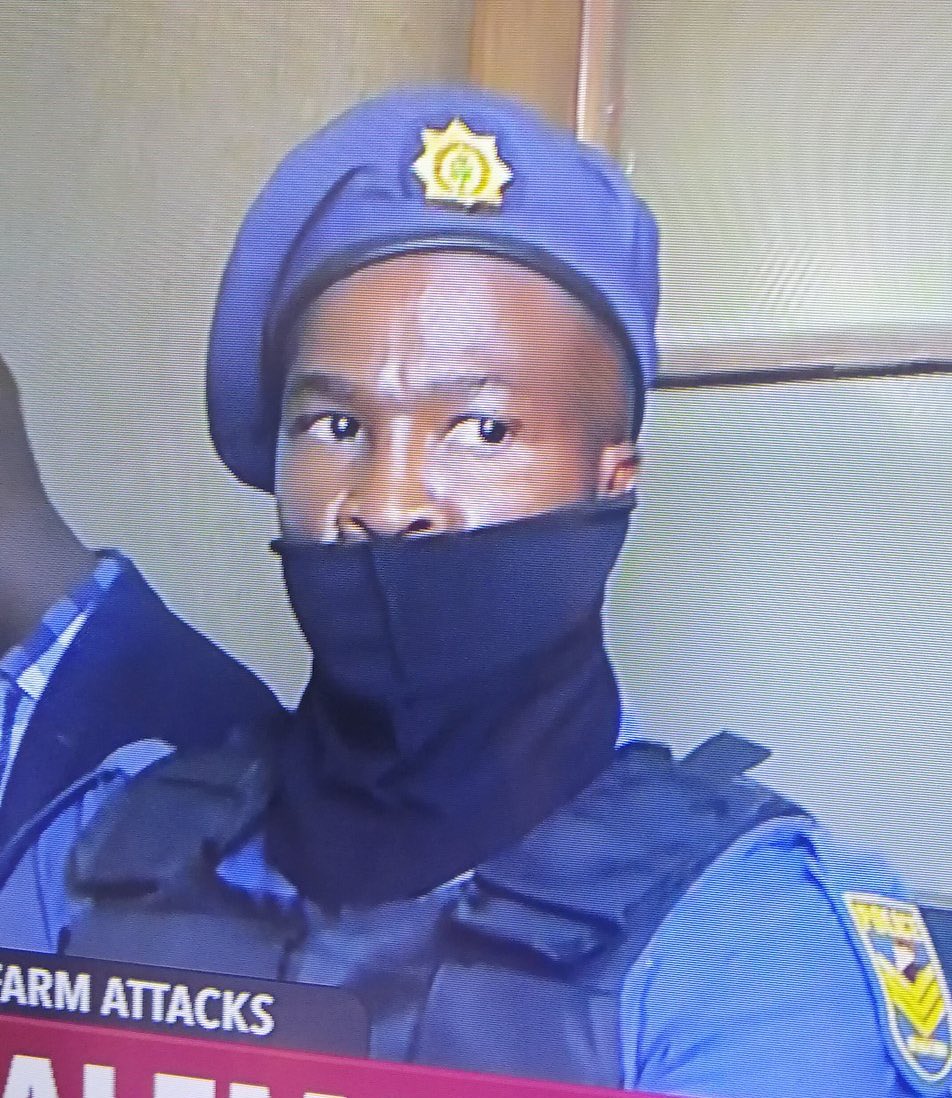 Farmers and members of the public have gathered at a field outside a coffee shop in #Senekal. 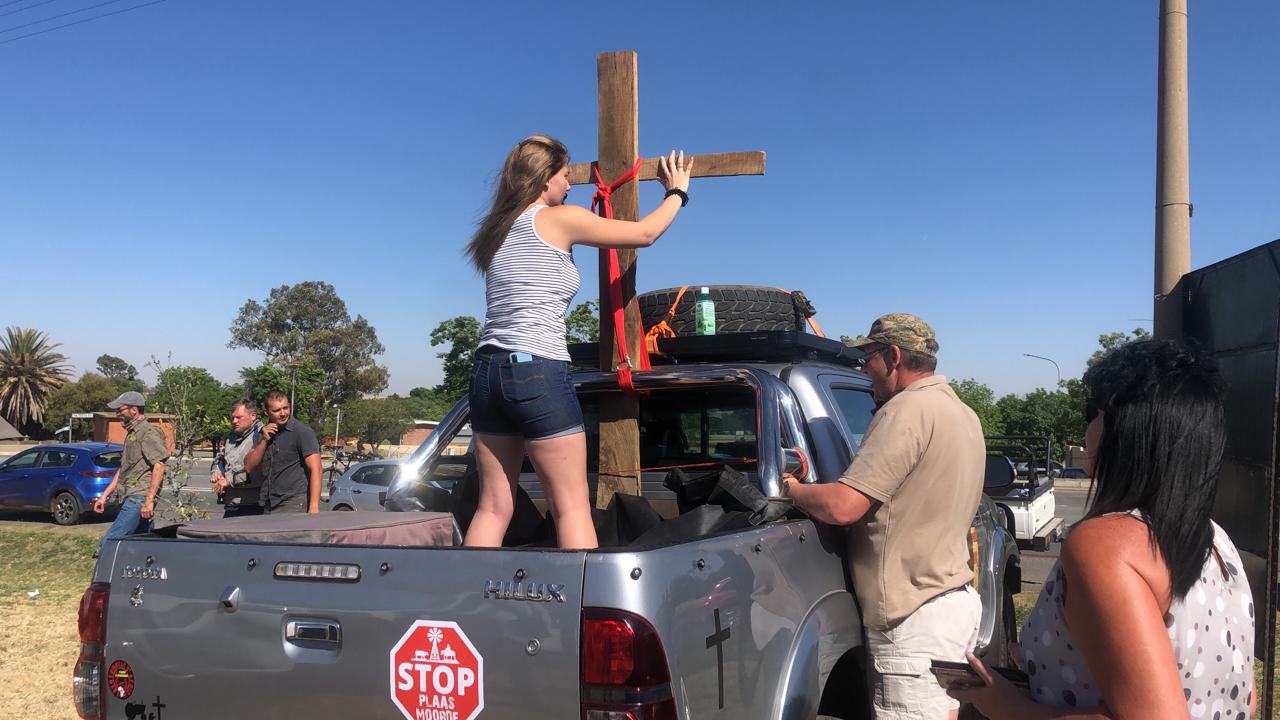 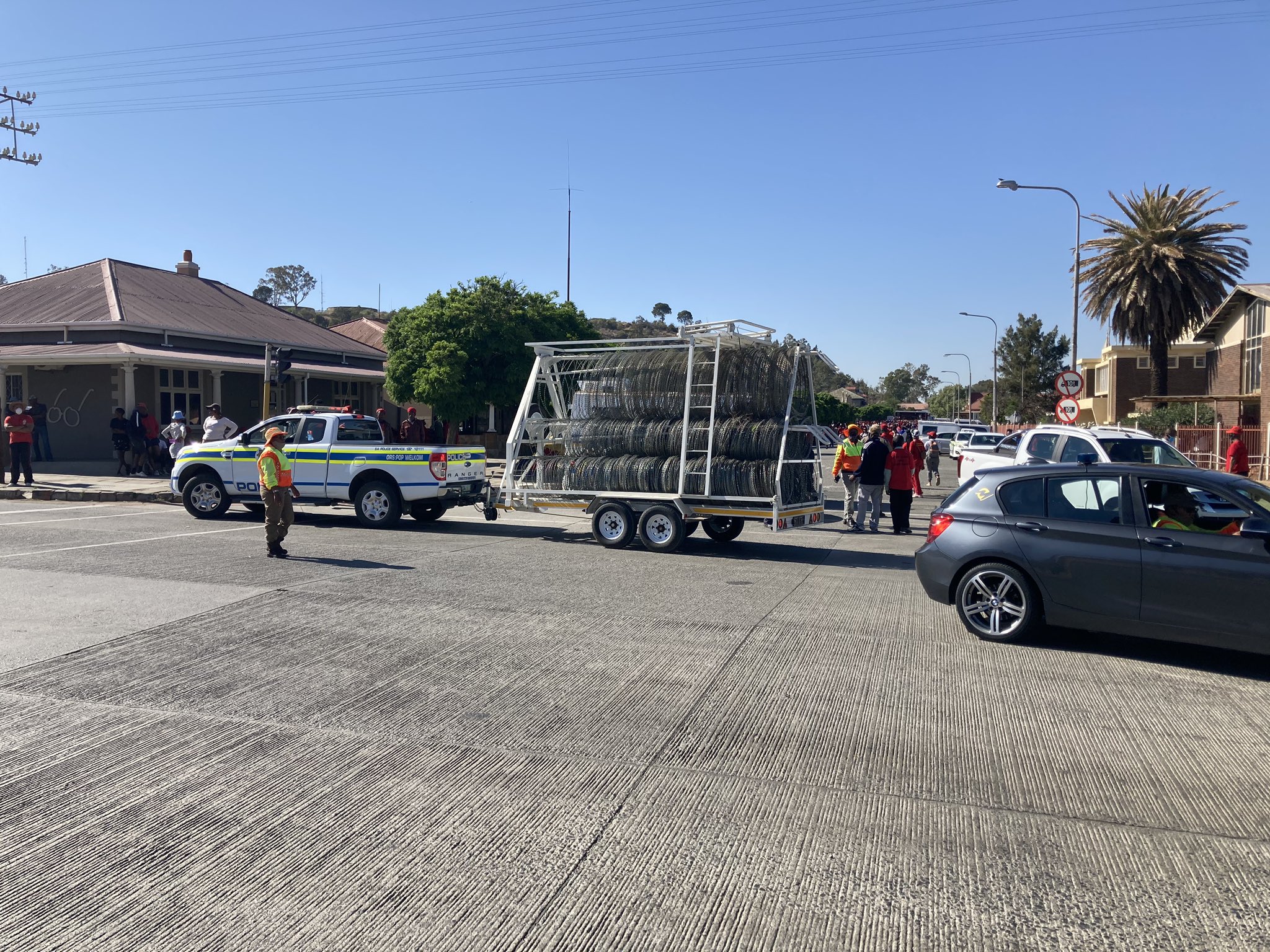 EFF members continue to arrive in their numbers

Julius Malema: Peter Ramoshoana Mokaba once said,” Rather die to a man than let the enemy pass”. Let’s go. 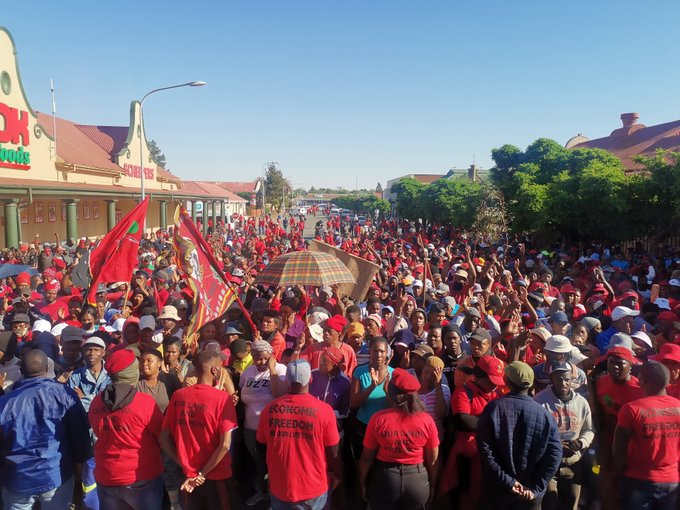 “We are here for peace”

“We are here for peace” #Senekal pic.twitter.com/OtUi5hufkC

Bussiness closed to open after protests

As promised, businesses in the town are closed. Some of them indicated that they may open after the court concludes and when crowds have dispersed

As promised, businesses in the town are closed. Some of them indicated that they may open after the court concludes and when crowds have disperse @Newzroom405 pic.twitter.com/AbWRSBUaDQ

There is a SAPS road-block going into #Senekal, vehicles are being stopped and EFF buses searching for firearms. KZN Chairperson Vusumuzi Khoza was stopped and his firearm taken for searching purposes.

The families of Skwetje Mahlamba (32) & Sekola Matlaletsa (44), accused of killing #BrendinHorner have defended them, saying they were home on the night of the murder and contend that they’re being used as scapegoats

#Senekal Down the street from the court the EFF have placed their stage. 📸: @AbigailJavier_ pic.twitter.com/HmmzyjVG9V

On a lighter note – Revolutionary guards

Police searching for weapons at roadblocks to Senekal

Road Block as we get into #Senekal. Police are searching for weapons. EFF Members arrived here I'm several buses ahead of the court appearance of the two murder accused. pic.twitter.com/qLHTALLKR2

Strong police presence outside Senekal Magistrate’s Court. EFF supporters have started to gather. Private security guards stationed in front of some of the businesses located nearby.

We are live from Senekal in the Free State where two suspects will appear for the murder of 21-year-old farm manager Brendin Horner. The EFF has started gathering in town.

#Senekal We are live from Senekal in the Free State where two suspects will appear for the murder of 21-year-old farm manager #BrendinHorner. The EFF has started gathering in town. pic.twitter.com/1jMyqBRrGY

EFF members have started arriving in #Senekal, making their way to the demarcated area where they will be protesting, near the court.

The EFF have arrived in #Senekal. @TimesLIVE pic.twitter.com/Wdt4lT00tz

Happy revolutionary #EFFRedFriday to the leadership and members of Economic Freedom Fighters and special greetings to the @Effgroundforces just bringing to your attention the existence of this apartheid monument that you’ll find in #Senekal it is time for the statue to fall.