She is the centre of focus because she looks different than most. She has to wear sunscreen, big sunglasses and a large summer hat every time she steps out into the sun. But do all those piercing glares which speak volumes bring her down? No they don’t. Instead they push her to be the first ever albino model to walk the catwalk in South Africa. Let Refilwe Modiselle’s Biography (Age, Albinism, White Gold, Sisters, Career, Net worth and more) be an inspiration to someone on the lowdown. 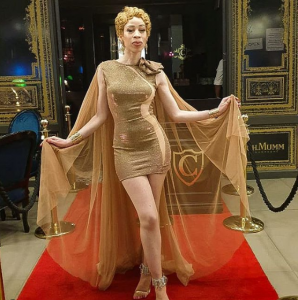 How did Refilwe Modiselle’s Career start?

Doors unlock when “Y! Magazine” approaches her at the age of 13. She works tooth and nail to become the first runway albino model in South Africa in 2005. She continues to feature in a number of South African print magazines. In 2012, she lands a gig at Black River FC (an advertising agency). Here she becomes the face of the LEGiT’s summer fashion campaign. She eventually becomes their brand ambassador together with Minnie Dlamini, Bonang Matheba, just to name a few.

A post shared by Refilwe Vanillablaq Modiselle (@refilwemodiselle) on Oct 18, 2019 at 5:18am PDT

SA model and actress Refilwe Modiselle walks away with the best actress award at the 2020 African Film Festival in Texas for her role in White Gold.

A post shared by Refilwe Vanillablaq Modiselle (@refilwemodiselle) on Jul 20, 2020 at 11:59pm PDT

In 2018, model and actress comes out with a strong altercation on albinism comments made on “Date My Family” reality show. Allegedly, the show refers to people living with albinism as Albino in one of its episodes. This is divergent from their code of individuality.

The model defies all odds as she bags an international award for her role as Mansa in the drama “White Gold”. Earlier this year, Refilwe is a nominee. She then wins the best actress award at the African Film Festival held in Texas. “The feeling is incredible and phenomenal,” she says excitedly.

Even with the heartbreak & tears of having to bury a loved one this past Tuesday. God still handed me sunshine in this week, to ease the pain…. Something to smile about & celebrate. My first Best Actress certificate, with international recognition from the US for my lead role as Mansa in international short film @thepitchwhitegold. 😭🎉 I know my now late, cousin Sis Zethu Mgemane is smiling from the heavens now along with all our other loved ones, my grandparents, dad & those who walk with us right beside God. They are ceiebrating. It's been quite a journey, still is. I'm just grateful to God for the wonders of His work. Indeed still say, I am my ancestors wildest dreams & still unfolding. Deeply humbled. Thank you @theafricanfilmfestival. I hope next year I'll be flying down to physically receive my award. 🏆 As one continues to make history & break barriers. God is the author of my narrative, I'm just a character who's playing & living out what He wants through me. Aluta Continua 🙏🏻🕯️💛💪🏻 #GodsBabygirl 💛 #Vanillablaq 💛 #Mansa 💛 #LovePersonified 💛 #Khaleesi 💛 #Spirit 💛 #Gratitude #WorkHard #GodAtWork #Inshallah #Evolving #VanillablaqMagic #BestActressAwardRecipient #Actress #AfricasFirstSuccessfulModelWithAlbinism #TVHost #RadioHost #Model #MC #Speaker #VoiceArtist #Activist #Songbird #CNNAfricanGameChanger #OprahsPowerlist2013 #GloryToGod #Royal #VanillablaqQueen

A post shared by Refilwe Vanillablaq Modiselle (@refilwemodiselle) on Jul 30, 2020 at 12:06am PDT

Even if the award doesn’t come with prize money, it comes with acknowledgement and consideration to get into the 2021 Oscars. “For me, this was a massive milestone. When we were in the festival of that nature, everyone realised there has never been a story like this,” she adds.

The movie has also won the best short narrative in the Oscar 2021 (qualifying category)   at the Pan African Film & Arts Festival in Los Angeles.

A post shared by Refilwe Vanillablaq Modiselle (@refilwemodiselle) on Jul 12, 2020 at 3:02am PDT

Even if the model refers herself to a Jack of all trades, her recent win has made her adopt the title “actress”. She spills off her latest accomplishment as lead on the international significantly applauded film White Gold. Here she ropes in the actress title. She hints that it will be her chief focal point moving forward. Given her authoritative feat and the film’s success.”I’m definitely going to focus more on the acting. Because you must remember that everything I do is a discipline of being a teacher. I teach through all the disciplines I get into, and if acting is the discipline at this point in time, then that’s the hat I’m going to wear.” 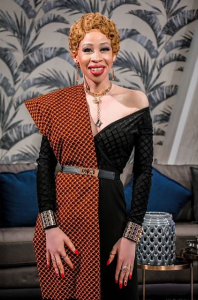 What is Refilwe Modiselle Net Worth

Refilwe Modiselle and her sisters are taking the entertainment industry by storm. And no doubt they are making money bags, but they keep their wealth under wraps. The model and actress however generates income from her modelling gigs and her acting career.