The two were arrested in separate incidents but they form part of prominent individuals who have been arrested for participating in the 31 July anti-corruption protests in Zimbabwe.

Details of Fadzayi Mahere’s arrest are still sketchy but she had posted a picture of her holding a placard on her Facebook page on Friday morning.

The post read, “Embarked on a socially distanced peaceful protest in our community this morning. It’s important to speak out and take a stand in accordance with the Constitution, Covid1 9 regulations & morality.  We all wore masks during the protest. We all observed social distancing. It was completely peaceful. Section 59 of the Constitution guarantees the right to demonstrate and present petitions peacefully. We said we would support this citizen-driven action & we kept our word.  We want a free Zimbabwe.”

Dangarembga announced her arrest on Twitter saying, “Arrested! At Borrowdale. Ope it will be OK”

She said that she had been arrested with Julie Barnes.

Dangarembga’s tweet suggests that she was arrested by a plainclothes police officer. Whilst at the police station she said that they were denied access into the restroom.  She said, “Finally got a bathroom. No water because no service delivery and no power for the borehole. But there was a drum to wash hands and hand sanitiser. Being transferred now.”

She posted a picture of herself and Barnes sitting on the floor. Savanna News publishes the photo below: 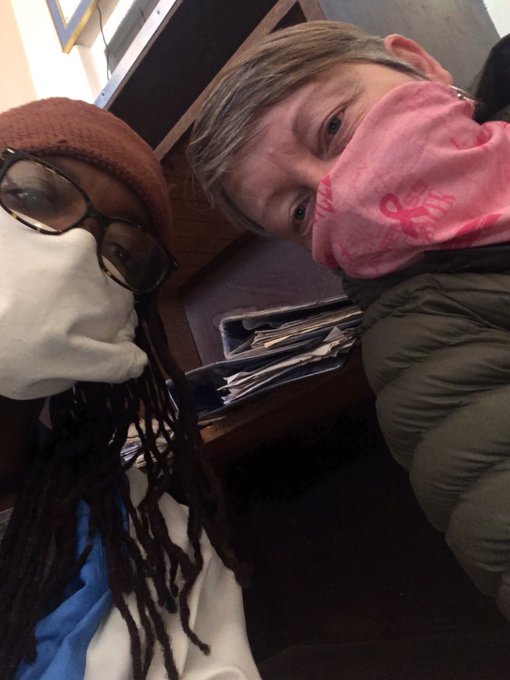 Dangarembga novel “The Mournable Body” was recently shortlisted for the prestigious booker prize.

The arrest of Dangarembga and Mahere comes after the Zimbabwe Republic Police vowed that no protest would take place on 31 July.