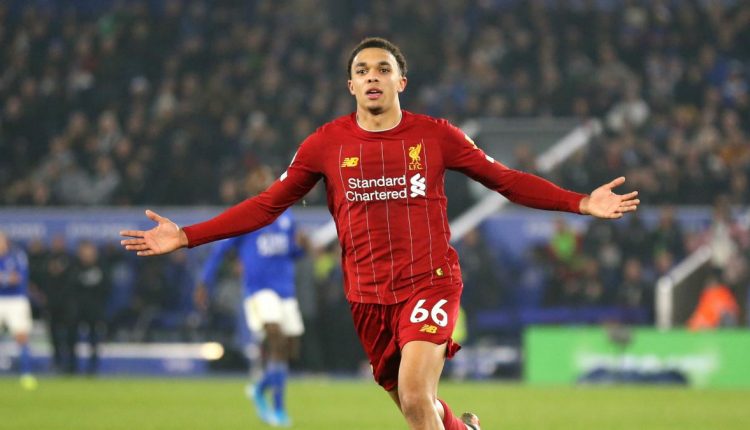 Liverpool full back Trent Alexander-Arnold pledges his support for the Black Lives Matter movement and pledges a donation to Nelson Mandela foundation. The movement which is meant to fight for equality and racism was triggered by the death of slain George Floyd who as murdered by a police officer Derek Chauvin.

The 21 year old joins movement to end racism, he reveals the need to take action on and off the pitch.

“Do your talking on the pitch”. I’ve always loved that sentiment. But now we need to speak up in other ways as well. Tonight my boots will carry the message Black Lives Matter. It can no longer just be our feet where we express ourselves. We have to use our profile, the platforms we have and the spotlight that shines on us to say, it’s time for meaningful change.

The system is broken, it’s stacked against sections of our society and we all have a responsibility to fix it.

Black people are viewed differently. We face discrimination in actions but also in thought.

It’s more than just violence and abuse. Opportunity in life is restricted if you look a certain way. How can that be in 2020?

We are pre judged on skin colour rather than character and personality. We then have to prove these misconceptions wrong! Why? Why is it my responsibility to correct an ignorant perception?

Sadly – so many in the black community have to face this each and every day.

But I also have hope. Hope that the world is awake in this moment. Finally willing to learn.

So while we have this opportunity, where people are listening – let’s speak, let’s educate, let’s campaign and let’s promote the message that better education brings change.

Prior to the Merseyside derby, Liverpool’s encounter with local rival Everton, the Liverpool 21- year-old defender Trent Alexander-Arnold pledged to donate to the Nelson Mandela Foundation.

Trent Alexander-Arnold applauded the Mandela Foundation for its work in equality and freedom.

After tonight’s game I will be auctioning off these boots with all funds raised going to the Nelson Mandela Foundation who are doing incredible work in striving for freedom and equality for all.