England and Manchester United forward Marcus Rashford opened doors of his bachelor's pad for enthusiastic fans to check on his lifestyle.

England and Manchester United forward Marcus Rashford opened doors of his bachelor’s pad for enthusiastic fans to check on his lifestyle.

The 22-year-old Marcus Rashford made his Manchester United senior debut in February 2016 under Dutch Manager Louis Van Gaal in a Uefa Europa League round of 32, second leg tie against Midtjylland. He was a late addition to the lineup after as a replacement to Anthony Martial who was injured during warm-up. Rashford scored a brace on the second half marking his arrival on the senior platform, his brace against Midtjylland made him Manchester United’s youngest ever scorer in Europe a record previously held by George best before being broken by Mason Greenwood in the 2019-20 season.

Despite signing a new $250 000 a week contract with Manchester United in 2019 and a net worth of $80 million,  Marcus Rashford continues to live a humble life. 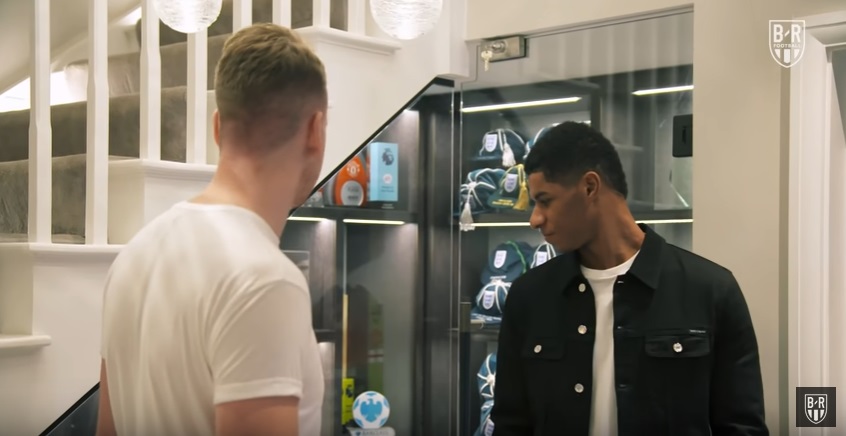 The cabinet includes basically the player has ever achieved including England International Caps, including the ones he attained in National team junior ranks. His cabinet also houses his Nike boots worn in the 2016 FA Cup final against Crystal Palace which become his first career trophy.

Whats a house without a kitchen, Rashford owns a simple but decorated kitchen, unfortunately, he doesn’t cook. He hires a chef who is a nutritionist responsible for cooking and his diet in general.

Rashord’s fridge is loaded with beverages which he revealed that its mainly for his friends when they visit, surely Jesse Lingard, Paul Pogba, and Jadon Sancho have been at this fridge. The fridge also has too much Italian food for his Italian girlfriend. 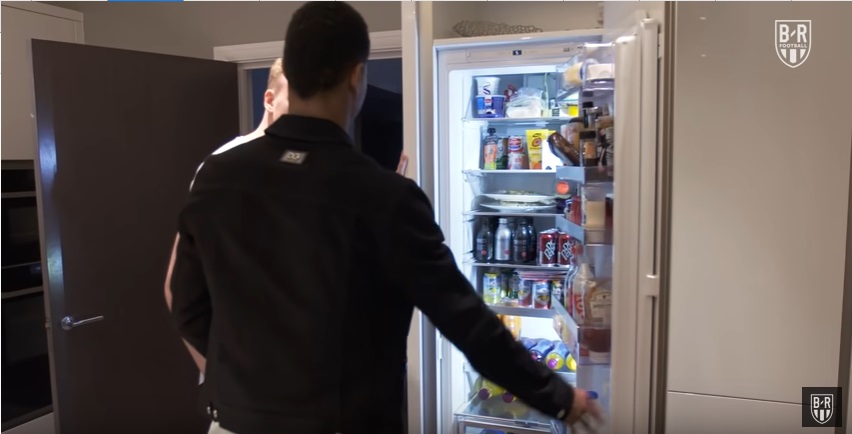 The Manchester United star player also has a wine fridge which is mainly for his friends as he barely drinks wine.

“This is another fridge I get raided by my friends as well, I can’t drink all of these, in a month they will be all gone, I drink coke” 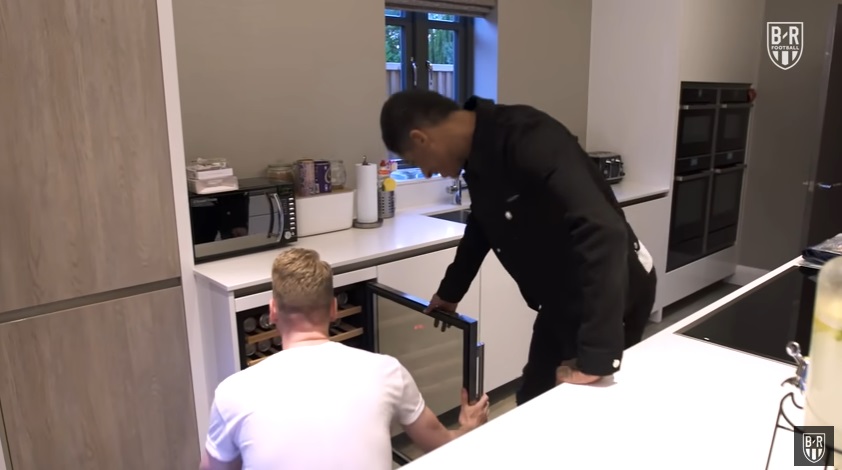 Off the field, the forward is a busy man, he takes time to sign things from his fan club and as well do charity work as a way of appreciating the community.

Despite that his club Manchester United owns world-class training and fattiness facilities, Marcus Rashford owns a private gym which he uses after team sessions and during the preseason. The most visible thing in the gym room is 3 framed shirts on the wall. The framed shirts represent his first Europa League game for Manchester United, first Premier League game, and first Manchester derby game against rival Manchester City and he scored in all games. 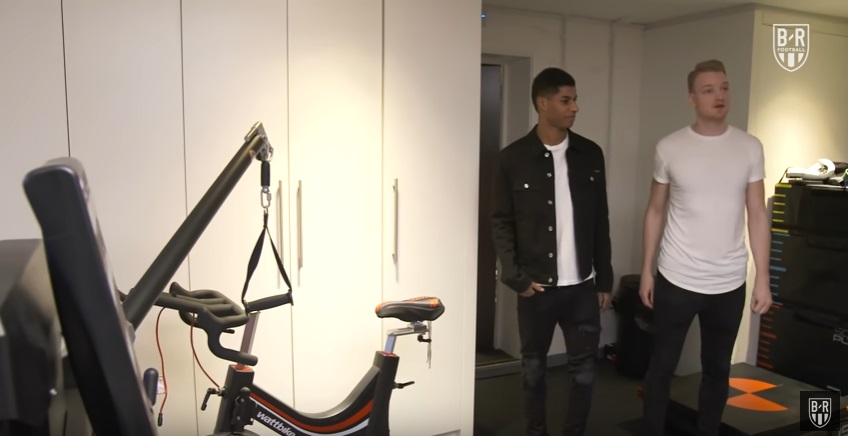 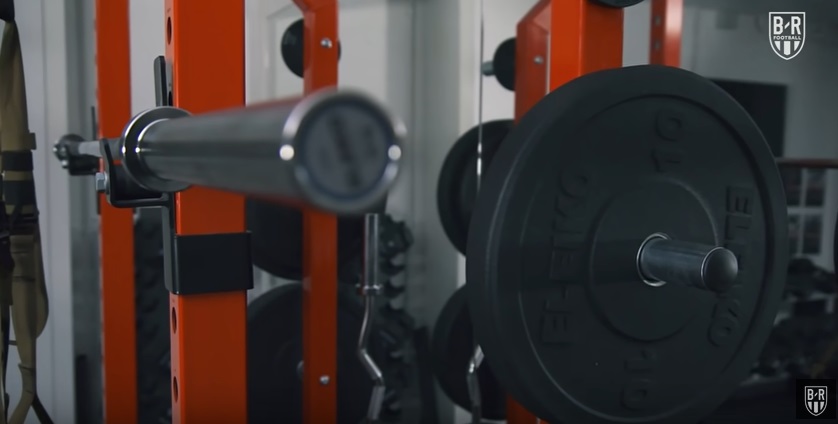 Marcus Rashford uses his mother inspired decorated lounge to relax, he is a fan of documentaries including wildlife documentaries.

Asked about how he spent his first significant pack check, Marcus revealed that he paid off his mother’s house mortgage which was a surprise gift for his mother. 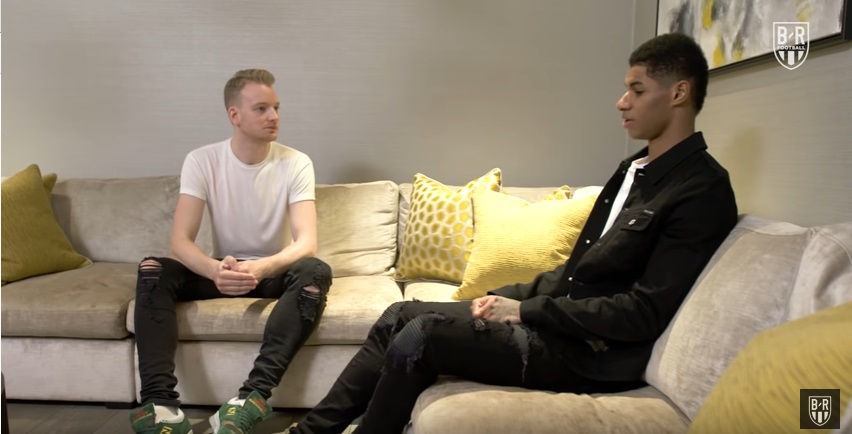 Currently the forward is tipped to be Manchester United big name after having a fruitful season under manager Ole Gunnar Solskjær and handled the coveted number 10 jersey.