How South Africa’s Dieter Eiselen Went From Yale to NFL

by Gilmore De Vries
in Sport
0

Standing at 6’4 and weighing 325 pounds, Dieter Eiselen is built for the NFL. Like most other American football players, Eiselen benefits from an intimidating build and competitive spirit. Despite being drafted by the Chicago Bears in 2020, he’s yet to start a game with his squad.

Even so, the future is bright for Eiselen. The Stellensbosch native has already come a long way in pursuing his life’s dreams—first at the University of Yale with the Bulldogs football program, and now with one of the most lucrative sports leagues in the world.

As of 2014, NFL teams are allowed to keep 12 players on their practise squads. Typically, these players are in training to become fit enough for the starting roster or are nursing injuries with an incremental recovery program. Eiselen is part of the latter, putting in his time with other rookies like Khyiris Tonga and Thomas Graham Jr.

Eiselen, Tonga, and Graham Jr. are long-term assets for the team. In other words, they don’t need to make a debut right now to stay relevant to the Bears. Given the franchise is working on a full rebuild, Eiselen looks to be in a good position.

A handful of NFL teams are undergoing similar changes. In 2018, the federal US government repealed a ban on sports betting. Since then, it hasn’t only been punters and pundits wagering on odds and accessing free bets from Nevada and other neighbouring states.

Franchises are also looking to integrate betting lounges to keep fans engaged after the idea was recently okayed by the NFL. But there’s no point in building a betting lounge for a losing team, which is one reason the Bears are looking to keep players like Eiselen in their back pocket.

A full rebuild will be one way to invigorate the fan experience, giving diehard fans a team to root for and wager on. Eiselen is in a prime position to be part of that overhaul… but how did the guard go from Stellensbosch to an Ivy League college to the Windy City’s beloved NFL team?

From Rugby Star to Offensive Guard

The closest equivalent to American football in South Africa is rugby—and the country has a long list of stellar athletes and trophies from both league and union play. Unsurprisingly, the crossover between rugby players and American football players is pretty high, as both sports prioritize fearlessness, physical brawn, and explosive speed.

Eiselen started out playing rugby, building a resume in athletics before ever stepping foot in the US. This is similar to other South African athletes, such as Gary Anderson and, more recently, Derick Hougaard.

However, Eiselen’s path redirected toward the US and American football younger than most. Prior to heading to Yale University, he attended a private college preparatory in Connecticut where he began his American football career.

While there, he led his team to a championship, which helped him earn a shortlist nod from Yale University. In 2017, Eiselen joined the Yale Bulldogs football program. Though the Bulldogs don’t compete in the US’s most prestigious collegiate league (NCAAF D-I), Eiselen’s efforts earned him an All-American HERO Sports Sophomore nod and an All-Ivy League honorable mention.

By the time he graduated in 2020, Eiselen had wracked up a long list of accomplishments with the Bulldogs. He earned a First Team All-Ivy League placement one more time, Phil Steele FCS All-American placement, and was selected to compete in the NFLPA Collegiate Bowl. 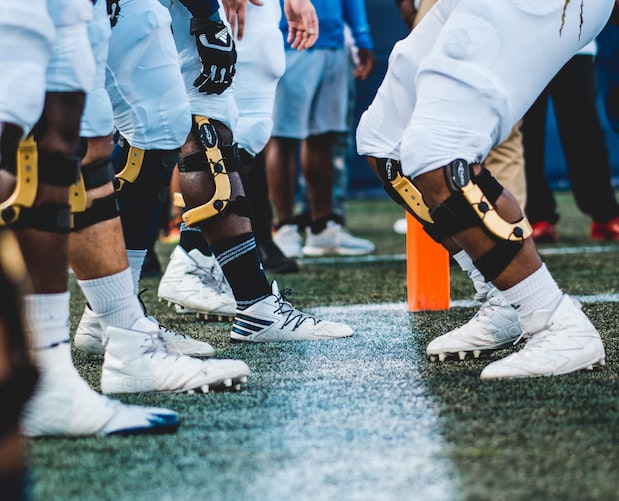 Signing On After a Rocky Summer

Despite his prestigious college career, Eiselen wasn’t considered a top prospect heading into the 2020 NFL Draft. Typically, offensive guards and other defensive players aren’t nearly as sought-out as skill positions like a wide receiver, quarterback, and tight end.

The Draft passed, leaving Eiselen as an undrafted free agent rookie. After a summer with the Chicago Bears, he was waived from the final roster. In a last-minute twist, the Bears contacted Eiselen and signed him onto their practice squad.

Though he didn’t see any playing time in the 2020-21 season, he was placed on the active roster for a match. In January, the Bears officials signed Eiselen on a special reserve contract. This means he’ll remain on their 14-man practise squad and be called up as needed.

So far, pundits have noted Eiselen’s ability to quickly learn. Though he’s only been on the team for a year and has less experience than others, the guard has shown an affinity for acclimation, determination, and studying formations.

The future is bright for Eiselen, but it’s still uncertain. He’s not only competing against his fellow Bears rookies for a place on the active roster but an unending wave of incoming rookies like himself. And Eiselen is only one of the dozens of African players finding their place in the US’s NFL.

An Influx of Competition

The NFL has shown interest in expanding its fanbase beyond the US. Despite not sharing an American football league with Canada (which has its own CFL competition), the NFL has steadily gained interest not only from sports fans but from athletes abroad.

In particular, Nigerian athletes have set precedents for African players entering the NFL. Back in 1984, Obed Ariri and Donald Igwebuike earned notoriety for being successful kickers for the Tampa Bay Buccaneers. Shortly after, Christian Okoye signed with the Kansas City Chiefs and became known as the ‘Nigerian Nightmare’.

Over the past decades, more and more players have trickled into the NFL system. Some, like Eiselen, moved to the US during secondary education to increase their knowledge of the sport and their chances of being recruited by a major university. This trend has become increasingly popular in the last decade.

The 2017 NFL draft saw multiple stars from across Africa sign on to different teams. Daniel Adongo of Kenya signed with the Indianapolis Colts and Tamba Hali of Liberia signed with the Kansas City Chiefs. Ziggy Ansah of Ghana was drafted the same year to the Detroit Lions and has since become one of the most exciting African players to have ever competed in the NFL.

Since joining the Lions, Ansah has become a leader on the team. Like the Bears (with whom they share a division), the Lions are undergoing a full rebuild of their roster.