Her sisters may have already paved the way in the entertainment industry but Candice Modiselle is not the kind to ride on others’ success. She is the last born of three and she does not let that get to her head. Therefore she takes no handouts. If you love her work, just know it is because she works tooth and nail to be among the best. Candice Modiselle Biography bares all on the actress life (Age, Boyfriend, Net worth, Kidnapping and all there is to know).

Grace and Gratitude. The love has been so overwhelming. We can’t thank you enough 🙏🏽 Here’s to more magical Modiselle moments. Dressed by @whatoluhlewore 💚💚💚 Face beautifully beat by my gem @makeupbytylerwilliams 😘 #ModiselleSisters #MomAndAunties #ModiselleMoments

Who is Candice Modiselle? Before we get into detail, let’s get a sneak peak of her life.

Education and Qualifications: Bachelor’s Degree in Dramatic Arts(University of Witwatersrand )

How did Candice Modiselle’s career start?

We could attribute her craze for being an artist to her older sisters’ success in the entertainment industry. Candice Modiselle starts shaping the course of her career at the age of seven as she later takes Drama classes in high school (McAuley House Convent). Her passion drives her to study for a Bachelor’s Degree in Dramatic Arts at the University of Witwatersrand where she is the overall highest achiever. 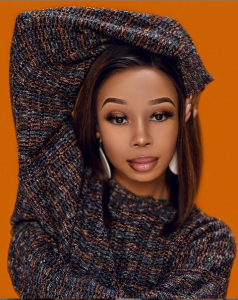 When your predecessors are already making it in the game, you will have everything to prove as most end up assuming that all is handed to you on a silver platter. With that in mind, Candice Modiselle steals the heart of many when she lands her first presenting gig on YOTV Live in 2016. This opens an opportunity for her to play Lerato on the soapie Generations: The Legacy in 2017. The following year, she is the guest presenter on the music show “Live AMP” and “Selimathunzi”. At this point, she gets recognition as a celebrity and is selected to feature on the first episode of BBC Brit reality series “Come Dine With Me South Africa (Season 5).” That same year, in 2019, she stars in the Mzansi Magic drama series “Impilo”.

Nominated alongside my gems at the 10th Annual Feather Awards 2018, under the 'Socialite of the Year' Category. Forever humbled by nods of recognition ❤️ Grateful. WHAT TO WEAR😩😂 The pressure honey, the pressure. #Feathers10 #IAmSimonNkosi #AlutaContinua

Fun Fact: Although Candice Modiselle’s sisters were already thriving, she is rejected at every audition for five solid years.

The renowned actress features in Thato and Bittersweet which appear at the Durban Film Festival.

Why did Candice Modiselle leave Generations: The Legacy?

Only three years into her career and she is already quitting? Candice reveals the shocking news of her egress from Generations: “The Legacy” which leaves fans in awe. “Truly one of the most bittersweet moments of my career, to actively leave a place I’ve called home. What started off as 3 months of the antagonizing rebel who eventually won over Lesedi’s friendship, became 3 years of the Lerato Matema coming of age story. Silly crushes, secrets, drug addiction, activism, kidnappings, campaigns, sisterhood, a sense of belonging, struggles with identity and young love,” she posts on Instagram.

And so Lerato and Smanga's phantom office 'romance' comes to a bitter end… Or does it?? Lerato Moroka. Has a nice ring to it… #GenerationsTheLegacy

We hadn’t mentioned it earlier but the actress owns a media company,”Busetsa”. In a bid to develop youth skills, she decides to take a break from acting to focus more on her company. “I plan on leaving no stone unturned. Though I have taken a slight break from acting to focus on my youth skills development company, Busetsa Media. I hope to make a return to theatre and devise my own work. Venture into the big screen and all mediums of the arts and storytelling,” she adds.

Did Candice Modiselle just buy herself a new smile?

In case you didn’t notice, YOUR FAVOURITE SOON-TO-BE AUNTY BOUGHT HERSELF A NEW SMILE 😁♥️ “If you don’t like something, change it. If you can’t change it, learn to accept it…” For as long as I can remember, I’ve struggled to fall in love with my crooked smile. Though the imperfections were seemingly minor, it affected my work, on-screen performances because of how insecure I felt and more importantly, my overall confidence. As a 25th birthday gift to myself 3 months ago and in preparation for my role on #ImpiloMzansi, I paid a maaajor bag to have my top row of teeth straightened 😭♥️. Complications and all, it’s been the most rewarding decision I’ve made in a very long time. Dr. Wynand van der Merwe made the entire process immaculate, pain-free and world-class, all in a matter of hours🙌🏽 Courtesy Of @sandton_dental_studio 🙏🏽 “Got a bag and fixed my teeth, hope you h**s know it ain't cheap. And I pay my mama bills, I ain't got no time to chill” 🗣 📸: @simzcimi_photography (Thank you so much🙏🏽) #TLNightOfStyle

As a TV personality, what better present is there to buy oneself than an enticing smile? On her 25th birthday, she posts, “For as long as I can remember,I’ve struggled to fall in love with my crooked smile. Though the imperfections were seemingly minor, it affected my work, on-screen performances because of how insecure I felt and more importantly, my overall confidence.” All this extravagance is just to boost her confidence as she prepares for her new role in “Impilo”. Whoever said money doesn’t solve problems must have not had enough to solve them.

Since Candice Modiselle bagged new teeth, who is the boyfriend she is enticing with that new smile? 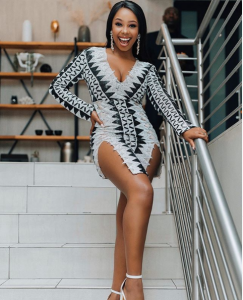 Sis is going big for sure!! From making money moves to scoring one of the actors who gets most ladies drooling. Pallance Dladla, the main actor of hit Netflix series “The Shadow “is supposedly Candice’s beau. The couple however are always breaking up to make up and it has been for a little over a year now. That could be the reason they are not flaunting their love life on social media and keeping it on the low.

What is Candice Modiselle Net worth?

Although the actress’s financial statistics are still under review, she has made it clear that she has enough and to spare. She reveals this when she bags a new smile and hints that she spent a pretty buck on it. Sis has no reason to chill as she also brags about paying her momma’s bills. Get it girl!! Her acting roles, presenting gigs and her media company seem to be making big bucks for the actress. 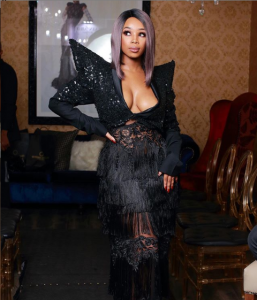 Is the public’s perception on celebrities’ pocket depth a little far-fetched?

A lot of people expect money handouts from celebrities all the time and Candice Modiselle just had to call them out. She shares an incident she encounters of a young girl asking for a bequest of R40 000. The actress is taken aback by the huge solicit and takes to Twitter reminding fans that they should hold their horses. Most celebs do not earn nearly the sum of money the public perceives. “How much money do you guys think we make? This sweet sweet girl just asked me for a donation of R40k. I had to read the figure twice because bathong my lovie, 40 tao e tswang kae?” Was the little girl wrong though? Because the lives portrayed on social media by these celebrities convince us that they are loaded.

In a bid to promote young talent, the actress and presenter lands herself an official hosting gig on Mzansi Magic’s new fashion design competition show, “Style Squad”. The show features 10 young nascent fashion designers from across South Africa battling it out for the chance of designing their own clothing range for Ackermans.

IT’S THE SEASON FINALE!!!😩🥺😭♥️ A bittersweet end to a remarkable journey with these brilliant young designers. The reception from the show has been so beautiful. Thank you for the love, support and genuine interest so many of you have shown. The crew was a dream to work with. @makeupbytylerwilliams @pieter.serton thank you for always making sure we looked and felt amazing ♥️ The moment we’ve been waiting for is a few hours away as we countdown do the winners of #AckermansStyleSquad Season 1. I’m so proud of each and every one of you, the commitment you’ve all shown, the grown, the constant hunger to learn and your sheer excellence. Can’t wait for you to all experience with me. TONIGHT AT 18:30 on @mzansimagic 😄😄😄 All the episodes you’ve missed are on CatchUp

“Shooting Style Squad was truly such a rewarding experience. It’s beautiful to see how fearless young creatives are. It reminds me of how unapologetic I used to be before I let the worlds opinions inform what my art looks and sounds like,” she posts on Instagram.

Who knew moving out of one’s childhood home doesn’t make sense to some. Though successful, the Modiselle sisters still live with their mother which is rather peculiar to most. The actress reveals that the decision helps the family to have abundant income streams. Even Bontle stays in the house despite being married. This is one strong bond that the family shares.

Candice Modiselle almost kidnapped and raped by a police officer

“I escaped being kidnapped by a South African cop who had clear intentions of raping me. But that’s a story for another day. One bit of trauma at a time.” If the /ones to protect the human populace end up becoming the predators who will people turn to?