Burna Boy and Sho Madjozi featured UK based artist Stormzy on remix to his song called OWN IT. 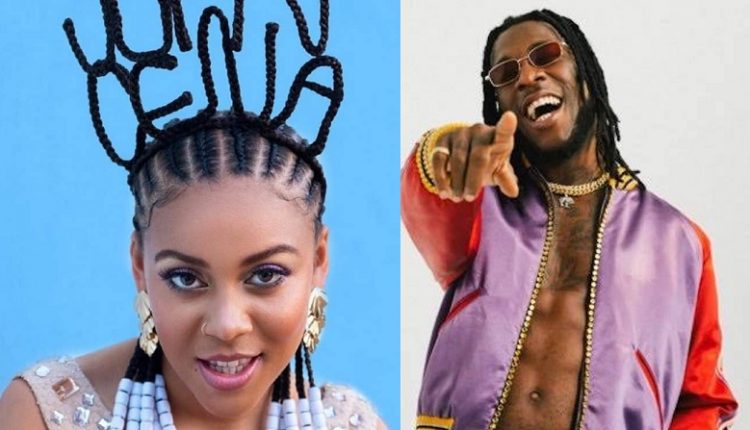 Burna Boy and Sho Madjozi featured UK based artist Stormzy on remix to his song called OWN IT.

Own it remix become a hit due to mixed flavors, a combination of South Africa and West African flair earning the trio a BET nomination. Sho Madjozi, Burna Boy and Stormzy are competing in the Best International Act at BET Awards 2020 along side fellow African Innoss’B from DRC.

Sho Madjozi is the only woman in the Best International Act category.

The John Cena hit maker Sho Madjozi cries foul after Burna Boy filed a You Tube copyright complain leading to the temporary removal of the OWN It Remix song on the platform.


She accuses Burna Boy of being a bully and cruel

This world is full of bullies. If I leave any message at all from the life I’ve lived, I hope it’s to not be discouraged and to not be intimidated. To stay loving, kind and honest in the face of cruelty.

For those asking where the #Ownitremix is, after I got nominated alongside him for BET Best International Act, Burna boy asked Stormzy’s team to take down the song immediately.

Song was out for a whole month before that, no problem.

In the words of the great Toni Morrison, “If you can only be tall because someone else is on their knees, then you have a serious problem.”

Limpopo based Sho Madjozi is confined that despite the Burna Boy Own It Remix sabotage she has done enough in the past year to deserve her stop.

Everyone nominated has done big tings and should be confident that their work will speak for itself. Personally I’m happy with the work I have done in the past year. John Cena was an international phenomenon, I did that

Sho Madjozi leaves the honors in the judges hands and hopes they heard her verse on the Own it Remix before it was taken down.

Good luck to everyone nominated. It’s up to the judges now (I hope they heard my own it verse before it was taken down

Burna Boy defends himself over the removal of Own it Remix

Burna Boy laments that though Own it Remix is not his song, as long as his voice is on the song it has to be properly cleared by his recording label.

Own It is NOT my song. If my voice is on it however it should have been properly cleared. If the remix wasn’t cleared with the label(Atlantic US)it automatically gets flagged. Nothing to do with me personally or any award. Always best to reach out professionally. Congrats on BET’s!

This Sho Madjozi Burna Boy Own it Remix drama has left South Africans with divided opinions.

Burn Boy vowed to never perform in South Africa after lashing at South Africans and accusing them of being Xenophobic, a statement he received backing from the EFF leader Julius Malema.

However his comments did not sit well with other South Africans notably musician AKA who demanded an apology from the Nigerian singer.

Recently Burna Boy collaborated with another Limpopo hit maker, Master KG on his famous Jerusalema Remix a move that was meant to gain the South African fan base again.

What do you think of this Burna Boy, Sho Madjozi Own it Remix squabble? Is Burna Boy scared of Sho Madjozi or it’s just an administrative glitch?

AKA tests positive for Coronavirus